What truly sets us apart from our competition is our people. 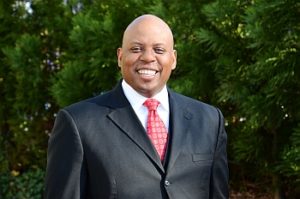 MeachemAs President and CEO, Fulton is responsible for the oversight and effective operation of one of the most progressive housing authorities in the nation. He has over 20 years experience in the affordable housing industry and has extensive experience in developing and executing workforce housing, resident services, and housing operations. He is skilled in developing community partnerships and fostering strong relationships with Boards, staff and residents.

Due to an entrepreneurial nature, Fulton started two 501(c)(3) organizations to garner private dollars for public causes such as funds for post secondary education and the construction of high quality affordable housing. He has successfully led development efforts which resulted in the creation of over 1600 mixed-income apartments using a myriad of sources such as HOPE VI funding, Low-Income Housing Tax Credits and Tax Exempt Bond Financing.

Fulton serves on a number of boards and committees including the Centralina Council of Governments’ Connect Our Future Consortium, Urban Land Institute (ULI) Steering Committee, and the Charlotte Mecklenburg Coalition on Housing. He is a member of the Council of Large Public Housing Authorities, National Association of Housing and Redevelopment Officials and the Public Housing Authorities Directors Association.

He is married to Jeanette Meachem and serves as the part-time bus driver for his 11-year old baseball star, Bryce. His oldest son, Brannon, is a junior at his alma mater, North Carolina Central University. 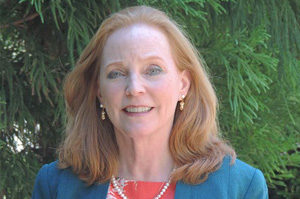 Ms. Staudinger joined the HDP team in April of 2018. Prior to her arrival she was employed at the Alexandria (VA) Redevelopment & Housing Authority (ARHA) where she was Chief Operating Officer of the affiliate development corporation, Virginia Housing Development, LLC. In her position, she was responsible for the acquisition, planning, design and implementation of all affordable housing development projects. During her 18-year tenure, she developed $120 million in real estate projects, attracting $60 million in equity and $15 million in grant funding. She was a pioneer in the first generation of affordable housing mixed-finance deals and successfully orchestrated one of the first tax credit funded community buyouts in the nation. As the senior development staff person at ARHA, Ms. Staudinger was instrumental in the creation and implementation of innovative public-private partnerships and in ARHA’s recognition by the state housing finance agency as an Experienced Tax Credit Developer. The projects developed under her leadership have received multiple national, state, and industry awards. Ms. Staudinger also represented the affordable housing community by serving as the President of the Virginia Association of Community & Housing Officials. Prior to her employment at ARHA, Ms. Staudinger worked for various architectural firms and private developers in positions related to preserving and building new affordable housing projects.

Ms. Staudinger is certified by the National Council of Architectural Registration Boards. She has earned an MBA and has completed all coursework for a doctoral degree in International Business with a Finance Specialty. She holds a Class A General Contractor’s license and has been certified as a Housing Finance Development Professional. 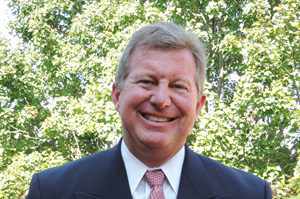 Mr. Meadows has been with HDP since 2005 and brings to the Real Estate Development Group more than 14 years’ experience in the affordable housing industry. From 1994 through 2000 he was a City Planner and Community Development Coordinator in the City of Cape Coral, Florida managing a grant program in excess of $2M. In 2000, he joined the City of Charlotte, NC as the Housing Services Supervisor and participated in managing the City’s Housing Trust Fund (HTF) valued at over $47M as the fund’s chief underwriter. He has also received certifications from: the American Institute of Certified Planners (AICP); and the National Development Council’s Housing Development Finance Professional (HDFP). Mr. Meadows earned a B.S. in Liberal Studies with concentrations in Business, Education, Humanities and Social Sciences and a Master in Public Administration (MPA) from the University of Central Florida. He has overseen renovations of McMullen Woods, Mill Pond and Seneca Woods, as well as been the lead development officer on numerous new construction projects, including the Vistas @ 707, Prosperity Creek, Steele Creek Seniors, 940 Brevard, Springcroft at Ashley Square and Ashley Square at SouthPark. 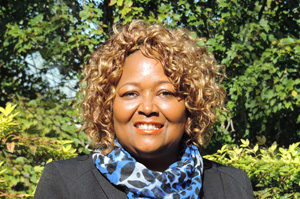 Ms. Taylor has been with HDP since its launch. She brings to the Real Estate Development Team more than 30 years of experience in the public and affordable housing industries. As the previous Assistant Director of HOPE VI, Ms. Taylor was instrumental in the receipt and implementation of the first three HOPE VI grants and later was part of the team instrumental in preparing and subsequently receiving a fourth HOPE VI grant. Prior to joining the CHA, Ms. Taylor worked with the Springfield Housing Authority in Illinois for 12 years as the Director of Modernization, Development, Procurement and Maintenance. Ms. Taylor currently manages all Relocation, Acquisition, Demolition and Disposition activities for the Real Estate Division and is a licensed Real Estate Broker and certified Housing Development Finance Professional. 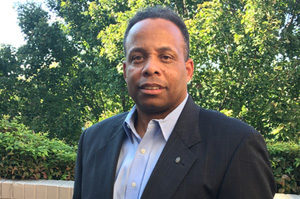 Mr. Harris has been with HDP since 2009. Mr. Harris brings to the Real Estate Development Team more than 24 years of planning, design and construction industry experience to include architectural, engineering construction disciplines and construction management experience in residential, commercial, roadway, infrastructure, bridge improvements and site development construction. Mr. Harris has managed over $1 billion in construction projects. Mr. Harris attended Appalachian State University, Boone, NC and North Carolina State University, Raleigh, NC and has a B.S. Degree in Industrial Technology with a concentration in Architectural Design, Urban & Regional Planning/Community Development. He is a licensed general contractor in both North and South Carolina.

HDP is a wholly-owned subsidiary of the Charlotte Housing Authority.